Are you tired of eating the same (or variations of the same) food at almost all social gatherings you go to? For us, it’s usually South Indian food – delicious most of the time – but there are only so many variations I can enjoy before it starts to get monotonous. I wanted a change for when we entertained over the holidays, and decided to do away with Indian food altogether, but we had to have something with similar spices & heat to meet the needs of the Indian palate. Mexican to the rescue!! (Or, at-least, the Americanized version of it :)). I wanted to keep the meal easy and informal, where guests could choose from a variety of items that did not require much attention once laid out. So, Chipotle-style it was.

I apologize for the low quality photos – I forgot to take them before my family arrived, and didn’t realize till I was setting the table. Plus, I had a very hungry mom-to-be hovering by the table, ready to eat and didn’t want to keep her waiting any longer. This will definitely feature again at my house, and I promise to take better photos and update here. In the meantime, you can see the almost-ready table pictures that were clicked by my then-9-year old. 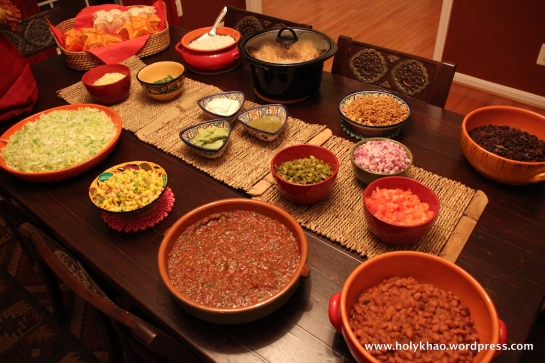 (I fell in love with the Rooster as soon as I saw it at the store. Unfortunately, he had to go back because he was too big for the ledge I had planned on putting him on. At least I have a picture….)

This meal served about 15-20 people. The quantities can be scaled up or down based on the number of people you want to serve. Leftovers freeze well, and can be reheated for a quick meal later. 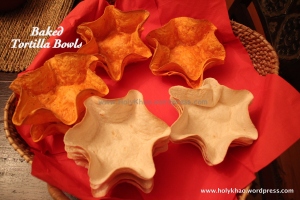 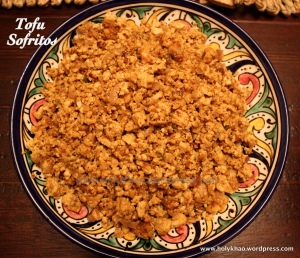 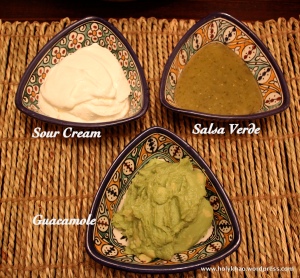 Dessert was Eggless Arroz Con Leche – Mexican Rice Pudding. Creamy, and fragrant with cinnamon, it was delicious. Unfortunately, I don’t have pictures, but will post them next time I make it.

Getting Lost in Nomadia - And Everywhere In Between

A blog full of humorous and poignant observations.